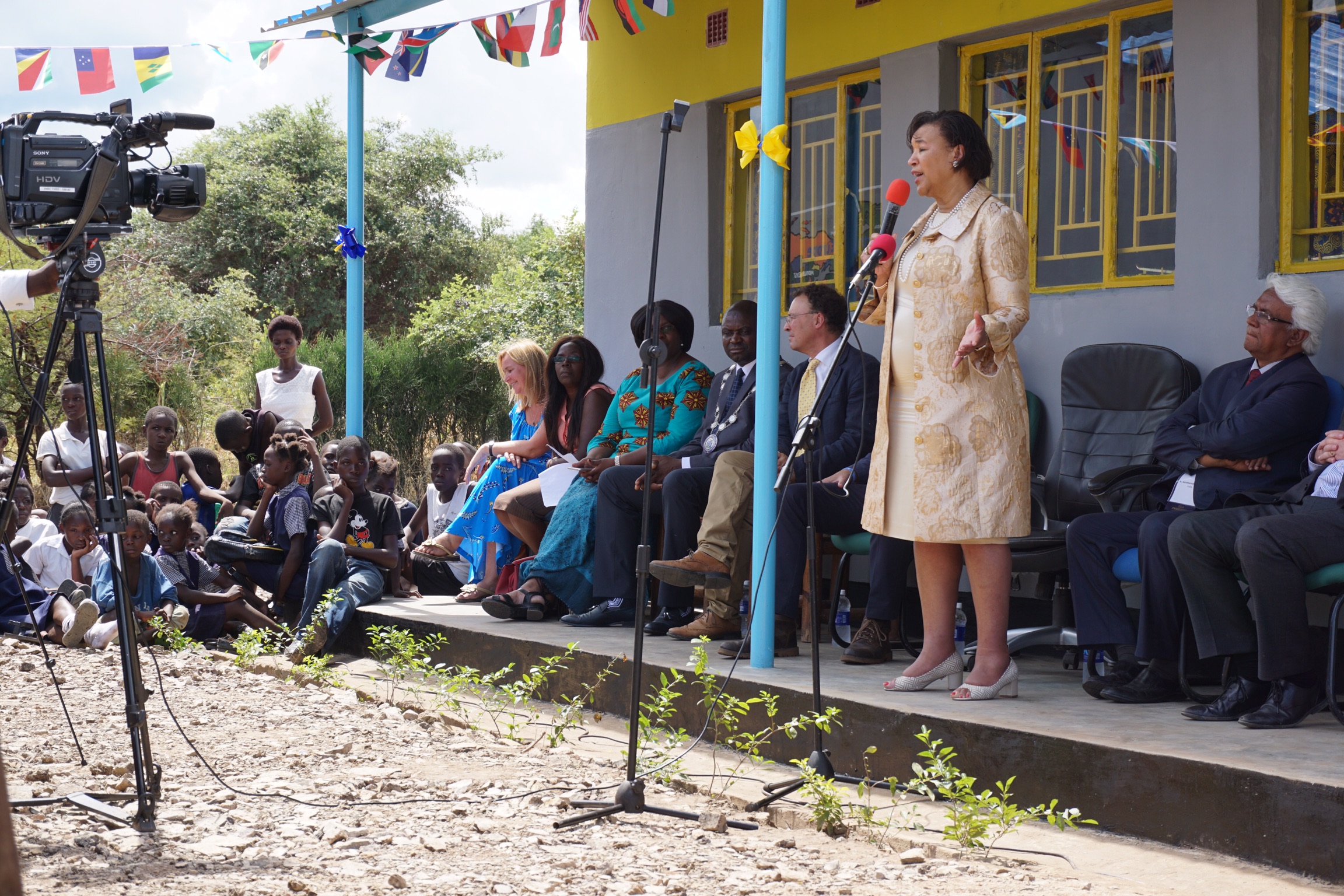 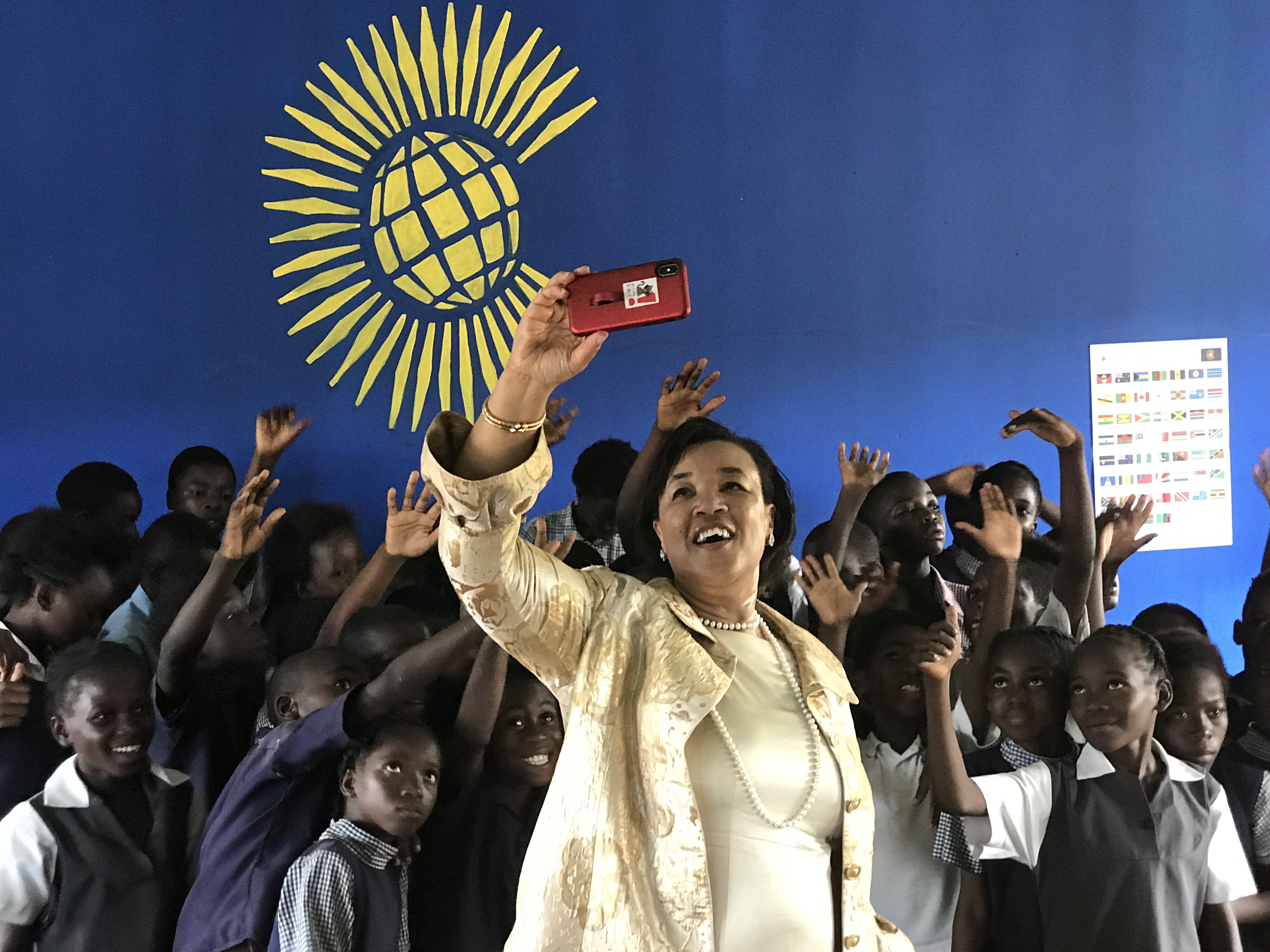 Linda is a very disadvantaged area of Livingstone and this school caters for 495 of its most vulnerable children. They are selected by the community on the basis of their vulnerability – many are orphans and others have no means of support. If this school did not exist, most of these children would not be able to attend school at all. Many of the children live in homes that are not weatherproof and lack running water and electricity.  Each day, many pupils walk for over an hour to reach the school, often in extremely hot or wet weather. Other than the headteacher’s salary, the school receives no government funding and is dependant on donors for support. Donors provide everything from paper, pens and books to uniforms – many of the children are proud to have a uniform, but they don’t match. Until recently the school was housed in a dilapidated old community centre, the majority of the school (several classes) being housed in one noisy room. The feeding programme was run from an open air kitchen with very limited facilities. Until Zambezi Sunrise became involved, there were two toilets for nearly 500 people and the school faced the constant threat of closure because of the potential risk of cholera and other diseases.

Fortunately, public land became available nearby and Zambezi Sunrise was instrumental in securing its transfer to the school.

An ablution block has been constructed that has enabled the school to stay open, with toilets for boys and girls. It includes a shower for older girls to ensure that they are able to attend school without interruption.

A kitchen shelter has been constructed that means cooking can take place in all weathers.

A purpose built classroom block of five rooms has been completed. The first completed classroom was opened by the United Kingdom Deputy High Commissioner to Zambia, and a pupil of the school, in March 2018. The block comprises three classrooms, a library room and office.

A second classroom block of two rooms includes our fourth classroom which was opened by the Secretary – General of the Commonwealth, Baroness Scotland of Asthal Q.C., in April 2019.

A further two classroom block has built, making a total of seven classrooms so far.

Recently it has been agreed with the Ministry of Education that the school can expand to ensure that pupils can receive a secondary education. The first Grade 8 class began in January 2020, and we hope to build a further five classrooms and other secondary facilities.

To end the school’s reliance on the intermittent mains water supply, and lower utility bills, a bore hole has been drilled and hand pump installed. This now provides the school’s drinking water, as well as water to irrigate the vegetable garden which supplements the school’s feeding programme.

Together with True Thabo (an American non profit organisation) we have jointly presented a water purifier system to the new site to ensure that the pupils and staff have access to pure water.

As part of our establishment of a library for the school, Zambezi Sunrise pays the annual subscription that secures periodic grants of reading books from Lusaka from Book Aid International.

Zambezi Sunrise are delighted to have established links for Linda with a number of schools outside Zambia. We initially ‘twinned’ Linda Community School with Cramlington Village Primary School in the United Kingdom. As well as sharing exchanges of letters, video link greetings and artwork, the pupils and staff at Cramlington have raised funds to support our classroom building project and have ‘adopted’ one of the new classrooms. Another classroom has been adopted by Durham School and their junior school Bow. Hesleden Primary School have provided books (the initial core of the school library) and uniform donations, as well as fundraising. Dr Thomlinson’s Church of England Middle School in Rothbury have also fundraised to help us. All of these schools have enjoyed letter exchanges with Linda. In Australia, Our Lady of the Sacred Heart Primary School in Randwick, New South Wales raised money that has helped fund the construction of new desks. 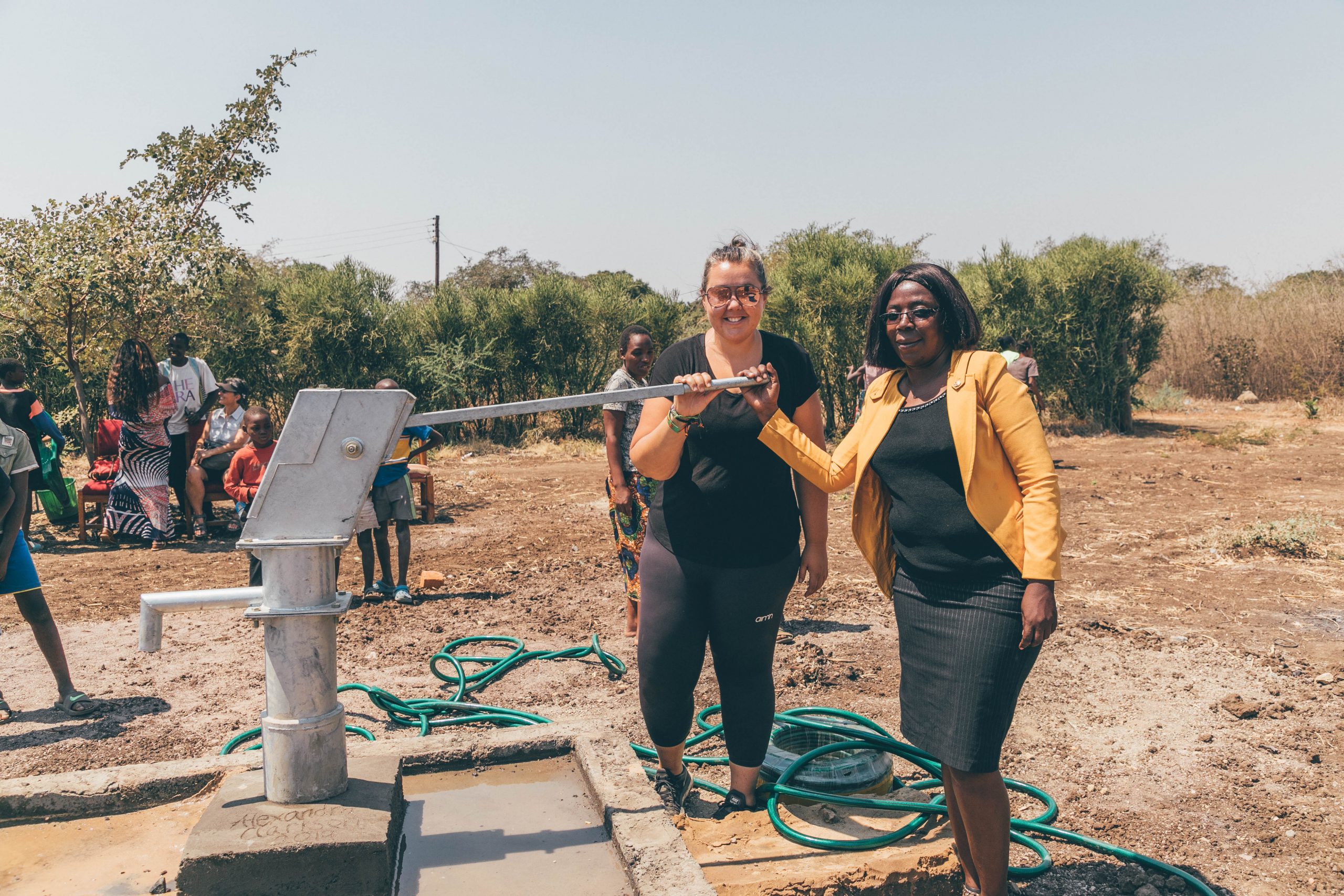 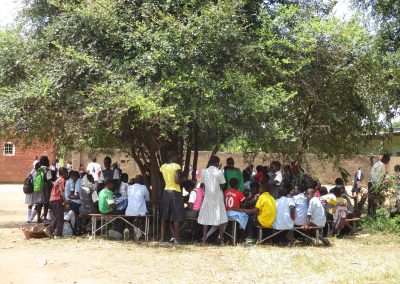 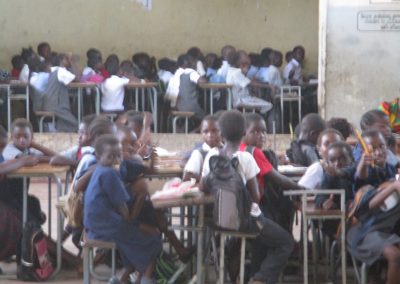 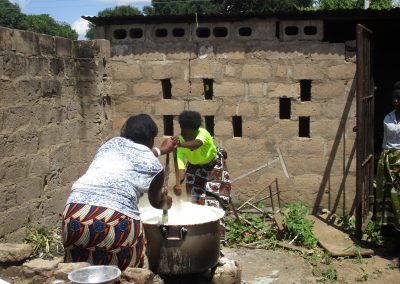 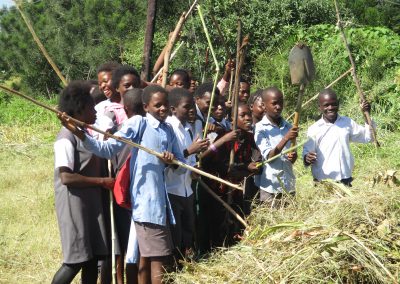 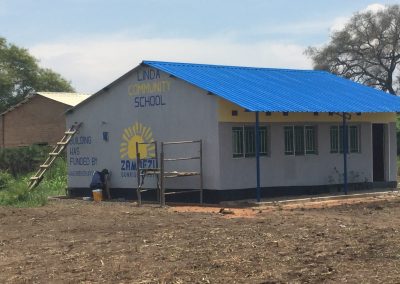 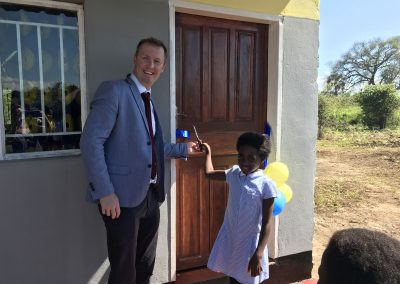 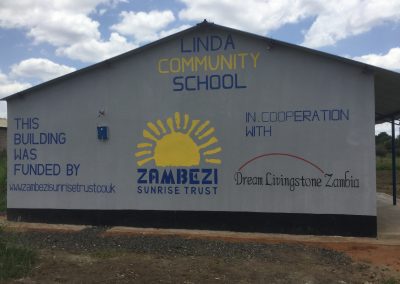 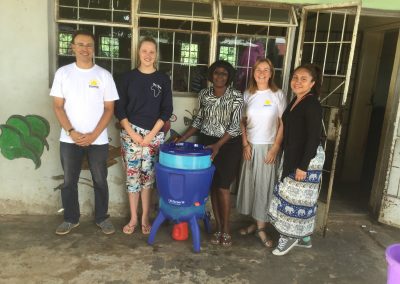 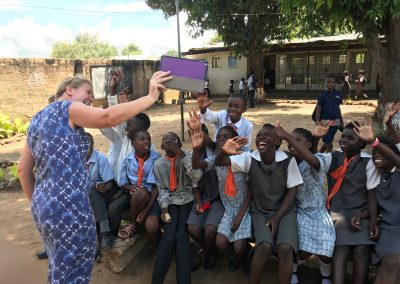 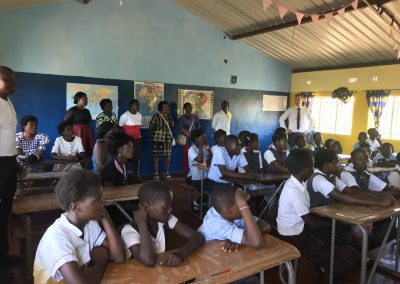 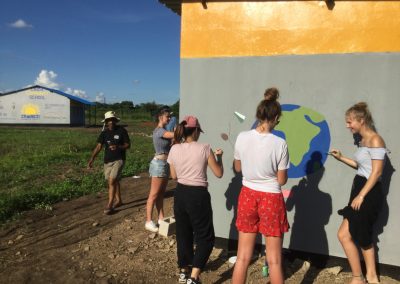 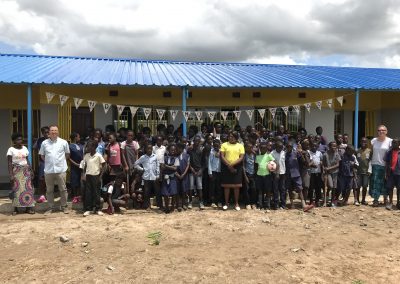 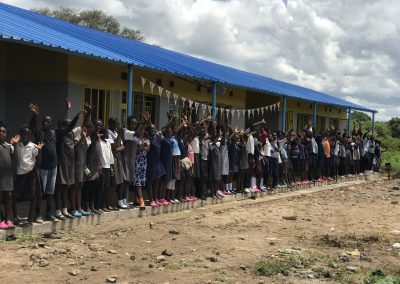 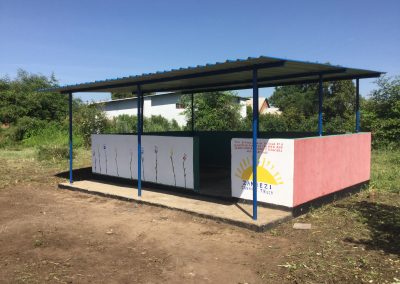 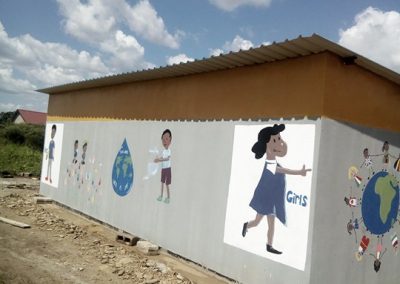 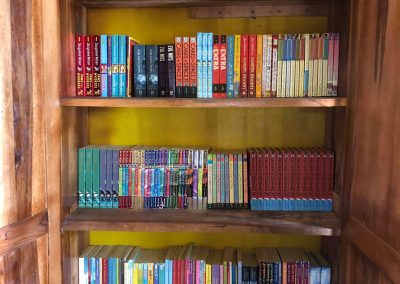 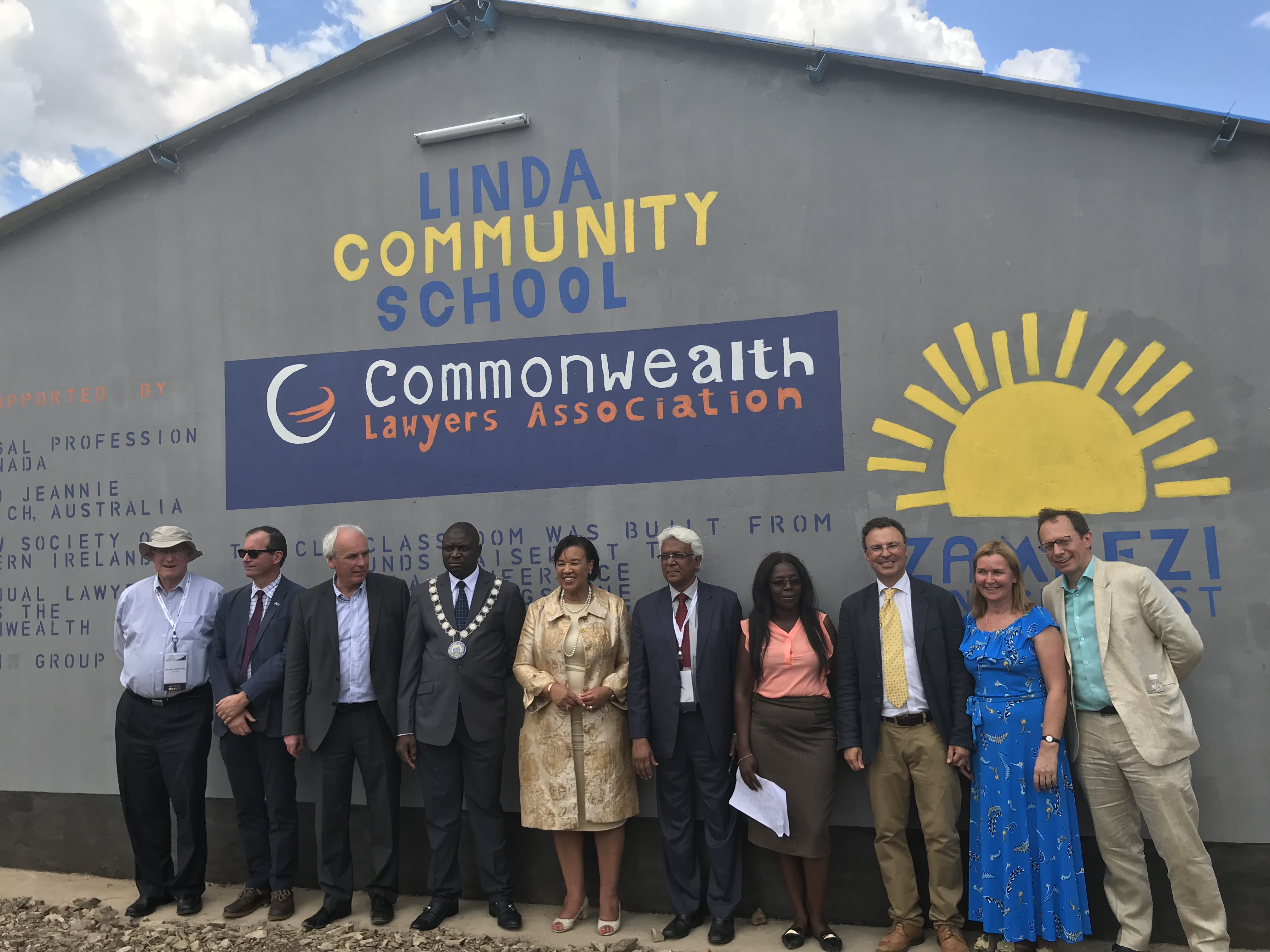