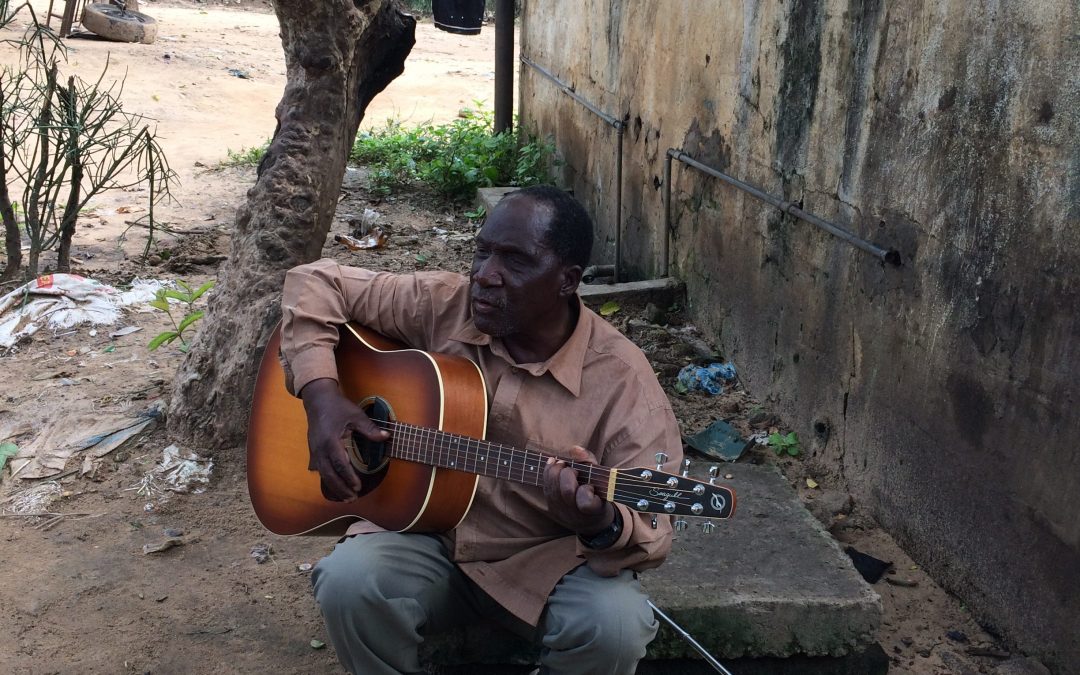 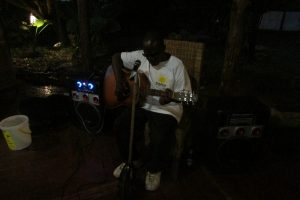 ‘Clement Night’ on Thursday 9th March saw a great coming together of the growing Zambezi Sunrise family in Zambia. Held at Da Canton’s restaurant in Livingstone, the event saw about 100 people turn up during a torrential storm for the launch of Clement’s new CD ‘Blessings.’ Zambezi Sunrise have arranged the production of the album for Clement who is blind. Clement lives in Linda, a deprived area of Livingstone and the evening had a real Linda theme. Things got of to a great start with drummers and dancers from Linda Community School. Every child there has been assessed as vulnerable and many are orphans. It has nearly 500 children and most are educated in one room. We were delighted to take the opportunity to announce our major construction project this year – the construction of a classroom block for them. After their wonderful performance Clement played two live sets and all the while his CD was selling to an enthusiastic audience. Also for sale were rugs made by our new Tiyesa (‘Let’s try’) ladies craft group in Linda which proved very popular. We were delighted to see representatives from other Zambezi Sunrise backed projects: Nekacheya Primary School, Linda Sunrise Homework Club, Mpekala Women’s Programme and Samoonga Combined Secondary School. A great mix of volunteers from various organisations as well as locals were also there, including DJ Lewis King II from Zambezi FM who has helped promote Clement. Our thanks also go to Alex Kreissle for also playing guitar, Tammy Raymond for her promotion of the event (and a microphone!), African Impact for the use of their amplifier, all the IVHQ volunteers for their help and Da Canton’s for hosting the night and surprising us with a cake! 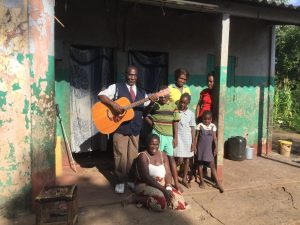