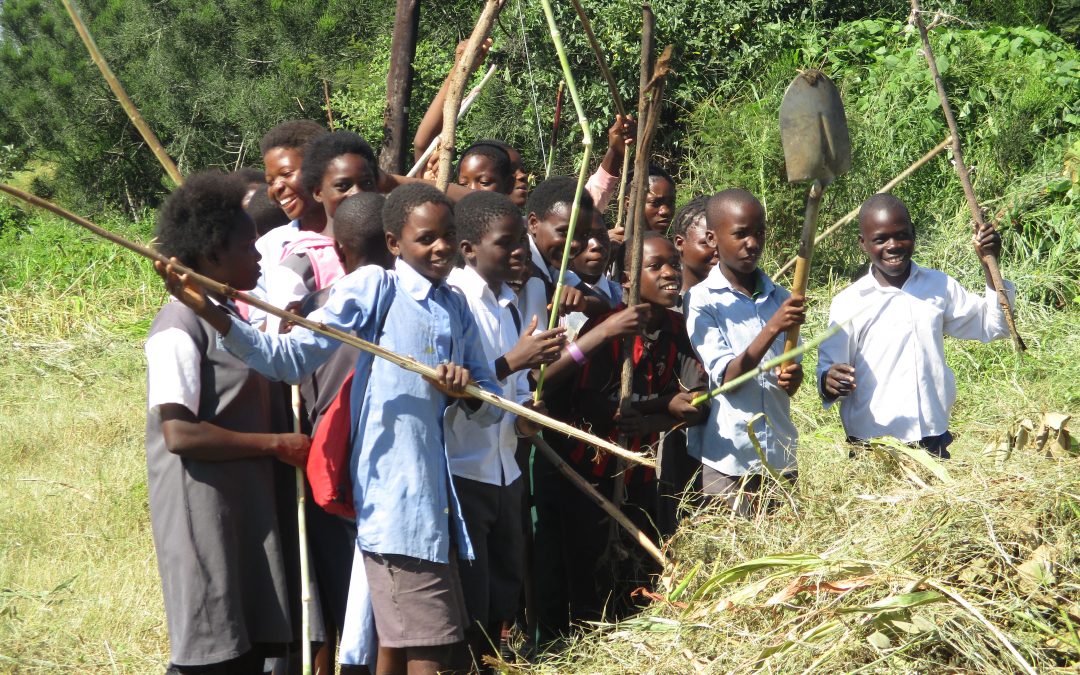 Friday 17th March 2017 was a huge day for Zambezi Sunrise and Linda Community School. The school has 469 children, all of whom are orphans or otherwise assessed as very vulnerable. They would not attend school if this one did not exist and find themselves in a dilapidated old community hall with up to 400 children in several grades being taught in the same room. On Thursday the inspirational head Cathy Chilambe, together with our trustee John and members of the community were in the Civic Centre talking to officials to get the Council’s donation of land properly demarcated and registered – something the school had been waiting three years for. That very afternoon planning officers arrived to begin the process! That led to a huge team effort on Friday to clear the land (a huge overgrown maze field) so that builders can get in to construct a new classroom block funded by Zambezi Sunrise. Children from the school set to work in the heat with machetes, slashers and hoes to start the process of getting their new school. They were joined by our partner Dream Livingtone’s construction crew as well as IVHQ volunteers Aaron Holmes and Brian Long, together with members of the community. Having cleared at least a couple of acres we were joined by a couple of dozen cattle that were brought in to help dispose of the maize and two metre high grass we’d cut down. It was very hard work but done in a great atmosphere and, astonishingly, the field was cleared in a single day. A massive thank you goes out to everyone involved!